Tahir Hanley Continues To Impress As St. Kitts and Nevis Vs Antigua Ends In A 2-2 Draw

Basseterre, St. Kitts – Day 3  of the Caribbean Football Union’s Under 20 final round has climaxed. With St. Kitts and Nevis needing a win against Antigua after a loss in there opener against Bermuda,  the stakes were high and the Sugar Boyz came out energized and excuted early.

In the ninth minute, Delano Hodge netted the first goal for the Sugar Boyz as SKN went ahead 1-0. However,  in the 23rd minute the scores were levelled as Javorn Stevens of Antigua and Barbuda  placed the ball in the back of the net leaving the scores level right up to the half-time interval. 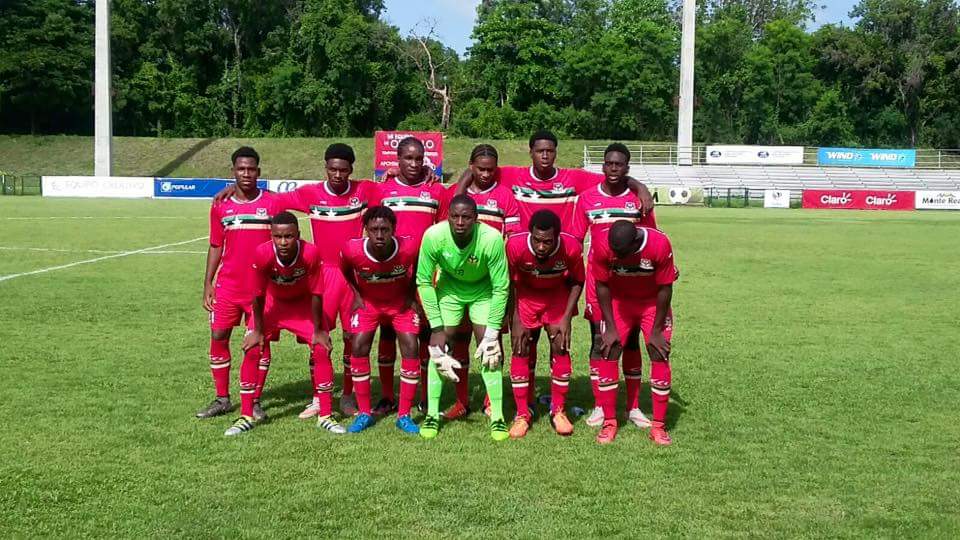 Team SKN faces a must win situation as both Antigua and Bermuda has a win and a draw to there name and leads Group A. While St. Kitts and Nevis and Curaçao are on the outside looking in.  St. Kitts and Nevis is scheduled to take on hosts Curaçao tomorrow at 8:30 (pm).

Jr. Minister of Social Development in the NIA to attend conference in Uruguay